In relationships, there should be no scoreboard.

Ladies, This Is How You Can Tell If A Guy Is Actually Into You

All that matters is why the present issue bothers you. Never use any information your partner tells you in confidence against him. Play his video games with him; go to his sports bar with him. Incorporating yourself into his life makes you a friend, as well as a girlfriend.

And the more he sees you as a friend, the more likely he is to open up to you. Now you feel he has some understanding. Enter every argument conscious of the fact it all might be a huge misunderstanding and that you might be wrong. Be willing to be proven wrong.

Is the guy I am dating just a non-talker or just uninterested in me?

So if your partner completely derails your points and proves you wrong, humbly accept that. If you want a man to open up to you more, then you need to recognize the opportunity when it arises. When somebody is rejected whilst trying to open up, they fear opening up even more. Sign up for the Thought Catalog Weekly and get the best stories from the week to your inbox every Friday. You may unsubscribe at any time. By subscribing, you agree to the terms of our Privacy Statement. He texts late at night and wants to meet up.

The Conversation That Can Ruin A New Relationship (Matthew Hussey, Get The Guy)

You seem good for a booty call but nothing more. You spend most of your time together between the sheets. He disappears between dates and you have no idea where he goes. That's because I'm super verbal and happy to talk about my feelings forever. He just isn't, and if I tried to probe for more, it put unfair pressure on him to produce something that wasn't there in easily-verbalized form. Over time, he's gotten a lot more comfortable talking about emotional stuff, but that's in part because I don't try to make it happen before he's ready.

Of course, he's also more than happy to listen to me talk about my feelings at length.

And I actually find it relaxing to be able to talk to him about my feelings without getting into the kind of overthinking, feelingsfeelingsfeelings conversations I have with my closest female friends. This would certainly cause a guy like me to withdraw somewhat, expecially considering it's only been six weeks. However, the phrase "six weeks" is extremely ambiguous: I'd be put off by someone expecting this from me especially if it were constant , but only because I don't think in those terms. I like things, but I certainly don't feel that I like things -- if only because the latter way of thinking seems entirely redundant.

Granted, this might be again due to ambiguous terminology -- I'd suggest you're more likely to get a response in terms of reasons as to why he likes something, rather than a response in terms of feelings as to how it makes him react. And yeah, not all guys are like this -- I am not -- but a lot are. I find that creative males artists, writers, musicians, actors are generally more in touch with their emotions and better able to talk about them, probably because emotions are their stock in trade. Other sorts of males, not so much.

I also find it much easier to be effusive with kisses than with words. So I wouldn't read too much into that behaviour. You have to decide whether or not you want to date this type of person and if you would be happy with this type of person long term. Just because folks above confirm this is common behavior, doesn't mean it's preferable or even acceptable for you. I think if you are already twisting yourself into knots trying not to scare this guy off AND posting to metafilter about how you can further shape your internal landscape to fit his external topography Well, just make sure in the end of the day your are always putting yourself first.

Ladies, This Is How You Can Tell If A Guy Is Actually Into You | Thought Catalog

Relationships should't be that hard, especially in the beginning. Sorry, I also wanted to add a note for the number of people saying "this is just how guys are. It may be how some or even most men are socialised, but it is not a universal truth and it does nobody of any gender any favours to hold it up as one. Speaking from my own experience - which barring statistical studies, is all anyone can speak about - while I married a man who exhibits this characteristic I have also been in relationships with men who were nothing like that and enjoyed talking through feelings all the time.

Also, please note that when you hold up this stereotype of "this is how men are" you are holding up a stereotype of heterosexual men and marginalising men who are not het as being not really men. Because Christ knows that stereotype does not tell us gay men are unemotional. Men in their infinite variety cover the full emotional spectrum.

The exact issue in this Ask is this one individual man who sits soundly on the less emotionally communicative end of the spectrum. Are you conflating non-small talk with deep emotional revelations? I'm a little confused because you mention both. I would as you might want to do try to have more substantial conversations with him: That would be the next step for me, as opposed to jumping into a big deep conversation on feelings. I definitely don't talk about innermost feelings at six weeks I'm a girl, but as is being pointed out above, emotional retience is not a gendered trait.

I have close friends who knew me four years before they ever saw me cry. I don't tend to feel comfortable enough in a romantic relationship to do the intense opening up for months. I mean - I am honest, candid, and affectionate, but I think you really have to work up to conversations like those, otherwise it's too much, too soon, and you end up waking up with an emotional hangover.


The question said "So maybe he is normal, and I'm the one with twisted expectations. OP, please don't fall into the tired "in touch with their emotions" bit. Really, it's been said to death elsewhere. Some people feel one way, others feel another way - or don't feel at all in a certain situation.

excitingevents.es/includes/gizijabyz/mujeres-solteras-en-chinandega.php If your guy isn't expressing an emotional reaction to a situation, maybe he's burying it - or maybe he just isn't having an emotional reaction to that situation. We sometimes do a disservice to people male and female when we assume that they can't just tell us how they're feeling. It would be disingenuous for anyone in this thread to assume without evidence that he's a simmering pot of repressed emotion, and he won't be "whole" until he gets in touch with those emotions. Because that's what "in touch with their emotions" and "better able to talk about [emotions]" sometimes turns in to: Rather than falling into that tired trope, just get to know your guy as an individual.

Oh man, my last relationship was this. I tried to wait it out as long as I could, hoping that he would eventually open up to me, but it never happened, and at that point I felt like the relationship was coasting on nothing more than great sex and affection. It totally sucked to break up with him, but I had to do it because I was not emotionally or intellectually stimulated.

Being the nice and mellow guy that he is, he was very understanding about it and admitted that he pretty much saw it coming from the start. My advice now is get out now before you get in too deep. You'll never be happy with this dude. I wanted to ask this as well. My husband is an introvert.

He lives in his own head. But he's also a philosophy major turned computer nerd. So we can have really great conversations about substantive things, but to this day he mostly works out emotional issues internally. He has gotten a lot better about talking to me, but still a hard time talking about sad stuff especially. I learned more about the death of his mother when he was in college before I knew him through his sisters than I've ever heard directly from him.

Sometimes it's hard and I feel a little disconnected when he is feeling especially sad or introspective, because I am totally left out of what's going on in his head and he gets very quiet. At the same time, like DarlingBri noted above, our connection is based more on the shared life we've built together, things we do together, than things we talk about. 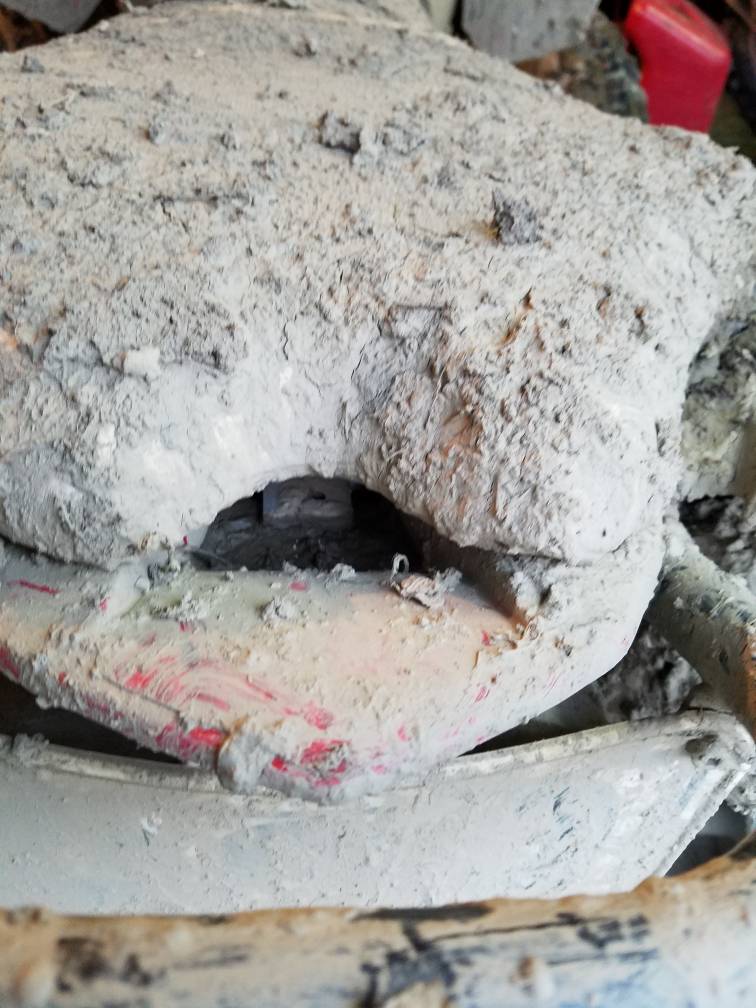